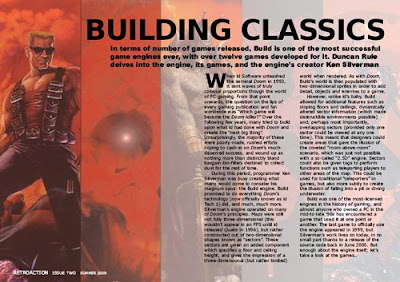 They say that following on from your first release – be it film, music, or publishing – is the most difficult experience you can go through. Now, more so than ever, I can understand why. While there was at least six months of planning, gathering ideas, and recruiting members of staff for issue one, the production of issue two was crammed into three months and had its problems. Not major problems, mind, but an accumulative of minor issues that were annoying all the same. Thankfully, these were all overcome to complete Retroaction issue two.
Some changes have been made this time around. The reviews section is at its biggest yet with over 20 reviews on a variety of different formats. I am pleased with how that section has grown and it was nice to see the Atari 2600 featured – there really isn’t a lot of console homebrew around, which is a shame. The new Mega Drive game Pier Solar remains off the radar for the moment. Classic games feature wise; some articles were dropped in the planning stages due to time constraints. But what is there is, in my opinion, pure gold. 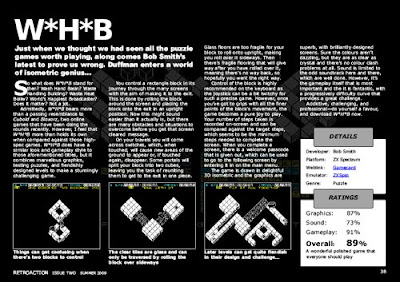 I’m happy with how the issue looks this time around and readers’ comments on issue one did not go unheard. Although the basic design remains the same, but there has been some tweaking here and there. Game details/ratings boxes have been placed together to form a more coherent look, especially for reading. Background images – which are the mainstay to the magazine’s look – have been toned down so that the foreground text is not too hard to make out. I’ve introduced a Reviews Index page at the front of the reviews section, which we had planned for issue one, but it was pulled at the last minute. This gives the main contents page a bit more room to work with.

Retroaction issue two, along with a full rundown of contents, is now available at http://www.retroactionmagazine.com/magazine/. The usual formats include PDF, or ZIP (the ZIP format, besides being 1mb smaller, contains the same PDF with no underscores as spaces in the filename). The ISSUU version – which allows viewing of the magazine online – will also follow soon. Do let us know what you think of the issue.