A popular software house during the retro hey day, Ocean produced some of the best known arcade conversions and film licences for the ZX Spectrum, Commodore 64, and Amstrad CPC, before moving onto the Atari ST, Amiga, PC, NES, Super NES, Master System, and Mega Drive.

Founded by David Ward and Jon Woods in 1983, Ocean (initially called Spectrum Software) was based in Manchester and began life as a publisher rather than a software house, working with outside programmers and development teams. Early games included the likes of Digger Dan, Gift From the Gods, Gilligan’s Gold, Hunchback, Daley Thompson’s Decathlon, and Kong.

With the purchase of rival software house Imagine in 1984, Ocean was now able to use the resource of the newly acquired programmers to develop games in-house. The Imagine name was mainly used for arcade games – Konami arcade games such as Yie Ar Kung Fu, Hypersports and Ping Pong – while Ocean used its own name to release original games like Match Day, as well as beginning their run of licensed games: The Neverending Story, Rambo, Frankie Goes to Hollywood, and V. 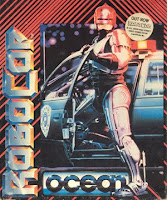 Ocean had quickly gained a reputation for releasing high profile licences where the interpretation of film to game was lost, or the game was just plain bad: 1986’s Knight Rider was one of the company’s lowlights. Helping to counteract this momentum of bad reputation was the following release of classics like Batman, Wizball, Match Day 2, Head Over Heels, Gryzor, Platoon, and many others. The company was now dipping its toes into the 16-bit market (Amiga and Atari ST) with Wizball, as well as working on their first Sega Master System game (Rambo), and their first DOS game (Top Gun).

In 1988, Ocean were at the peak of their powers: the company had been voted ‘Best Software House’ in many computer magazine polls for the previous year, and the quality of games released had reached a consistent level. The company was still producing licensed games and one of these games in particular took the gaming world by storm. The RoboCop film came out of nowhere and Ocean released the game to coincide with the film’s release on home video. Robocop, the game, entered the charts at No. 1 and stayed around for over 18 months – a true testament of how well Ocean had developed, produced and marketed the game. Not a company for resting on their laurels, Ocean continued to produce quality arcade conversions (Operation Wolf, WEC Le Mans) and licences (Rambo III, Batman: The Caped Crusader) throughout the year, which helped cement their ever-growing reputation for great games. 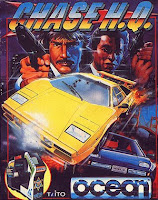 By 1989, the company was now regularly producing software for the 16-bit market, expanding their platform output by nearly 50%. Arcade smash Chase HQ led the way, while Operation Thunderbolt, Run the Gauntlet, New Zealand Story, and The Untouchables followed closely behind. To round of another successful year, Batman: The Movie (taking design elements from RoboCop and Chase HQ) was well received by many, especially the impressive 16-bit versions, which featured cinematic cut scenes and driving sections.

Riding on the wave of 1988/89’s success, Ocean continued into the new decade as a force to be reckoned with when it came to film licence and arcade conversions. Now producing games on all major 8-bit and 16-bit platforms, the company released a wide range of arcade games (Chase HQ II: SCI, NARC, Pang, Rainbow Islands, Puzznic) and film licences (Clive Barker’s Nightbreed, Navy Seals, RoboCop 2, Total Recall), to a good response by magazine journalists and gamers alike.

By 1991, Ocean’s focus was, naturally, moving toward the more lucrative 16-bit computers, with games being released on 8-bit decreasing sharply. However, there was still a smattering of film licences and arcade conversions with the likes of Darkman, Hudson Hawk, Smash TV, Terminator 2, and WWF Wrestlemania. 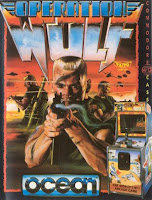 The company was going through a transitional phase in 1992 as its main focus was now solely on the Amiga, Atari ST, NES, SNES, and DOS, with the odd Sega conversion here and there. However, the main staple of games were still the familiar arcades and licences conversions: The Addams Family, Cool World, Hook, Lethal Weapon, RoboCop 3, and Space Gun.

During the mid-nineties, Ocean was converting other company’s titles to different systems: T2: The Arcade Game, FIFA International Soccer, Desert Strike, Jungle Strike, Micro Machines, Doom, and Road Rash, were all converted over to the SNES, and Game Boy. However, Ocean still released some classic games of their own: Worms and Alien Breed (being their last games for the Amiga).

As the company headed into the mid-nineties, production moved onto the next generation of consoles: Sony PlayStation, Sega Saturn and Nintendo 64. Very few games were released during this time and in 1998 the company was bought by French software house Infogrames for £100 million. Ocean, and its staff, merged with Infogrames to form Infogrames UK, leaving behind the legacy of a company that produced over 200 games in their 15-year history.

One Response to “Ocean Software Profile”